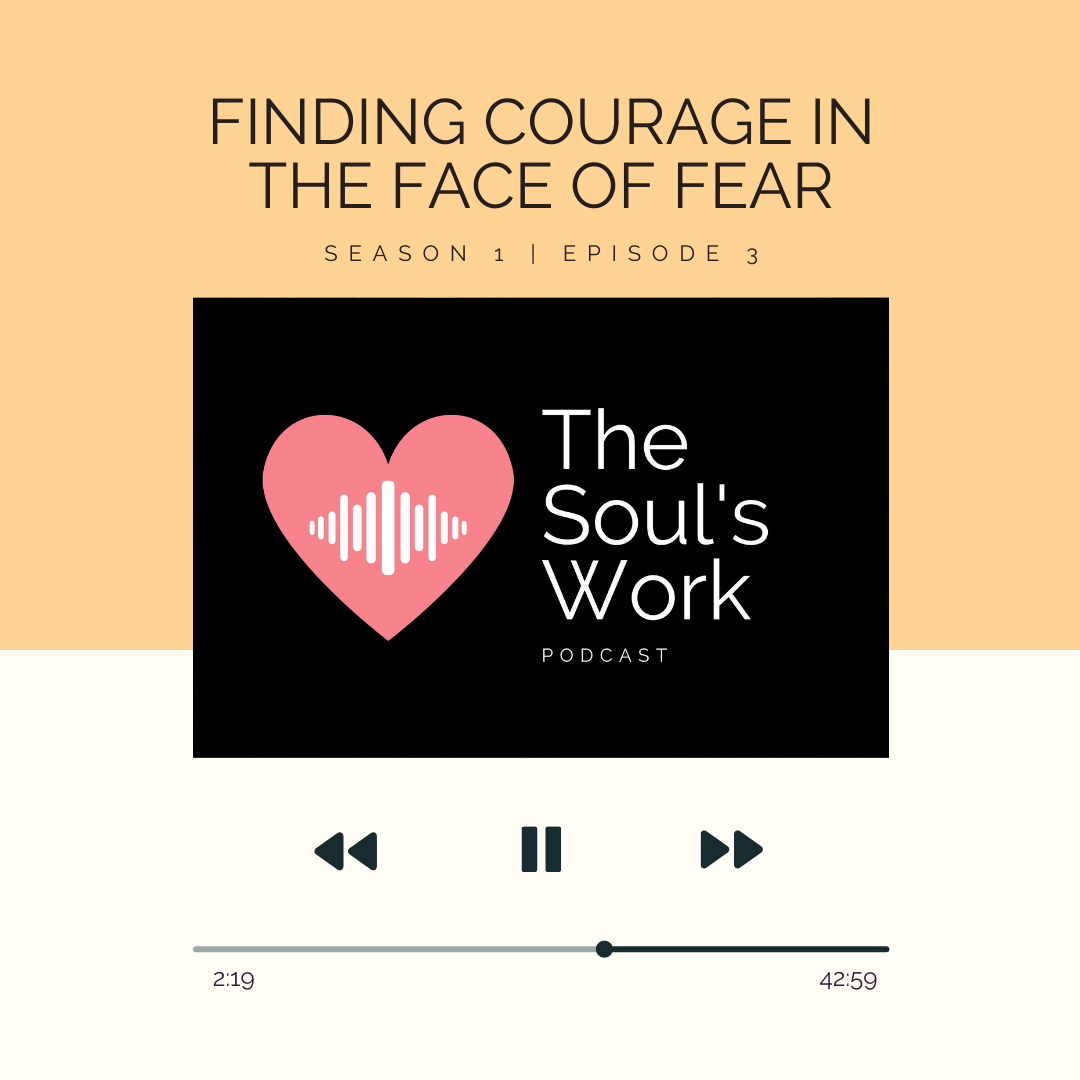 Today's four-years-later review of Season 1 of the podcast is on Episode 3: "Finding Courage in the Face of Fear."

If you've been following along with my reviews of Episode 1 and Episode 2, you'll know I'm revisiting what I shared with y’all back then to see whether my perspectives have changed four years later.

It was interesting to listen to this episode and remember back to one of my earliest therapy experiences where I sought help for these violent scenarios I'd play in my head every day, where I'd either be killed or severely injured by someone.

I rarely have those violent daydreams anymore, which definitely feels reflective of the huge amount of healing I've experienced over the past few years.

LISTEN TO "Finding Courage in the Face of Fear (S1, EP3 | The Soul's Work Podcast)" HERE

In the episode, I also talked about this idea of retraining my brain to learn a different, more courageous way of responding to fear – an idea that still resonates with me.

Just the other day, I made a decision to honour a boundary I had set for myself but was wavering on. I knew that if I were to back down from it and allow a demoralizing relationship pattern to continue due to fear, I would be implicitly sending myself the message once again that I wasn't deserving of better. I would be deepening that conditioned response even further.

I believe we are conditioned in so many ways where our brains develop what become autopilot reactions, many of which don't ultimately serve us. In this case, I repeatedly and automatically reacted by playing small when someone in a position of power failed me. Each time this pattern played out in my relationship, I didn't assert myself and demand what I deserved.

I have been slowly unlearning this pattern as well as learning a new way of being that involves advocating for myself like a good self-parent. It can be hard to make the transition after decades of doing things one way, but our brains really are capable of change!

However, I want to acknowledge that in the episode I was mostly talking at the level of actions and behaviour. I know more than ever now that there's often a lot more complexity involved in making these transformations beyond just doing.

Depending on what we're trying to overcome, a deeper or more holistic approach might be needed. When it came to getting over my fear of stage fright, it did have a lot to do with taking action, practicing the songs, and just getting up on stage and doing the damn thing.

But when it comes to advocating for what I deserve and maintaining those boundaries, I have to believe I'm deserving of better in the first place. When it comes to overcoming my fears of forming an attachment with someone in a romantic relationship, I have to believe I'm worthy of being loved. And those beliefs, in my opinion, aren't things we can just will into existence through actions alone.

In these cases, I haven't been able to just do my way into changing the very deeply ingrained wounds that are at the root of those challenges. I've also needed to do the inner reflection, therapy, and deep shadow work in addition to taking action to unravel those old patterns based on fear.

"Every time I had reacted to a fearful thought or feeling by reaching for that bottle of alcohol, it was like I was subconsciously sending my brain the message that ‘you are not strong enough to deal with this any other way.’"

Interestingly, I said in the episode that I didn't drink anymore as a response to my relationship anxieties. My guess is that because I eventually moved from an anxious to secure attachment in the particular relationship I mentioned, I developed a greater capacity to ease up on that protective mechanism.

But when I entered my next serious relationship, my anxious attachment tendencies were activated once again. This time, it never turned into a secure attachment given the anxious-avoidant dynamic in that relationship. I definitely went back to using alcohol then to cope with the fears and shame that continuously came up for me.

Y'all might know from my episode "Why It’s So Hard to Stop Drinking (S2, E3 | The Soul’s Work Podcast)" that truly eliminating drinking as a coping mechanism took a lot more than just willing myself to not pour the glass when I was feeling anxious. It took a holistic approach that involved action, self-reflection, trauma healing, education, and community. But I'll save the details on that for another post.

One thing that has remained strong four years later is my perspective that we've got to look at the underlying causes of our patterns and address them at that level if we want to experience the deepest, most sustainable transformation. (Again, just my perspective, but it's one I feel strongly about.)

When it came to my fear of being hurt in relationships, it wasn’t enough to just stay at the more surface level of fearing that a guy would, say, cheat on me. Viewing that as the crux of the problem would only lead me to "fixing" who I was in relationship with (just don't date a guy who isn't trustworthy) or trying to "control" certain relationship dynamics (set boundaries around what he can or can't do with other women).

Don't get me wrong, who you're in relationship with and communicating your needs do matter. But the more I understood that those abandonment fears stemmed from deeper wounds of not feeling deserving or lovable enough, which had their roots in childhood, then I could direct my "solutions" and healing at that level.

I'm not saying that ongoing patterns motivated by fear only come from traumatic experiences. For me though, much of it has. But whatever the cause, the case, and the path to change, I truly believe we all have the capacity to do hard fucking things in the face of fear.

P.S. You can listen to "Finding Courage in the Face of Fear (S1, EP3 | The Soul's Work Podcast)" on: the website | Apple Podcasts | Spotify | Google Podcasts | Podchaser | Stitcher | Please subscribe + leave a rating and review to help others find the show! ❤

P.P.S. You can also read the letter I wrote to Fear (that I mention in the episode) here: "Dear Fear ..." 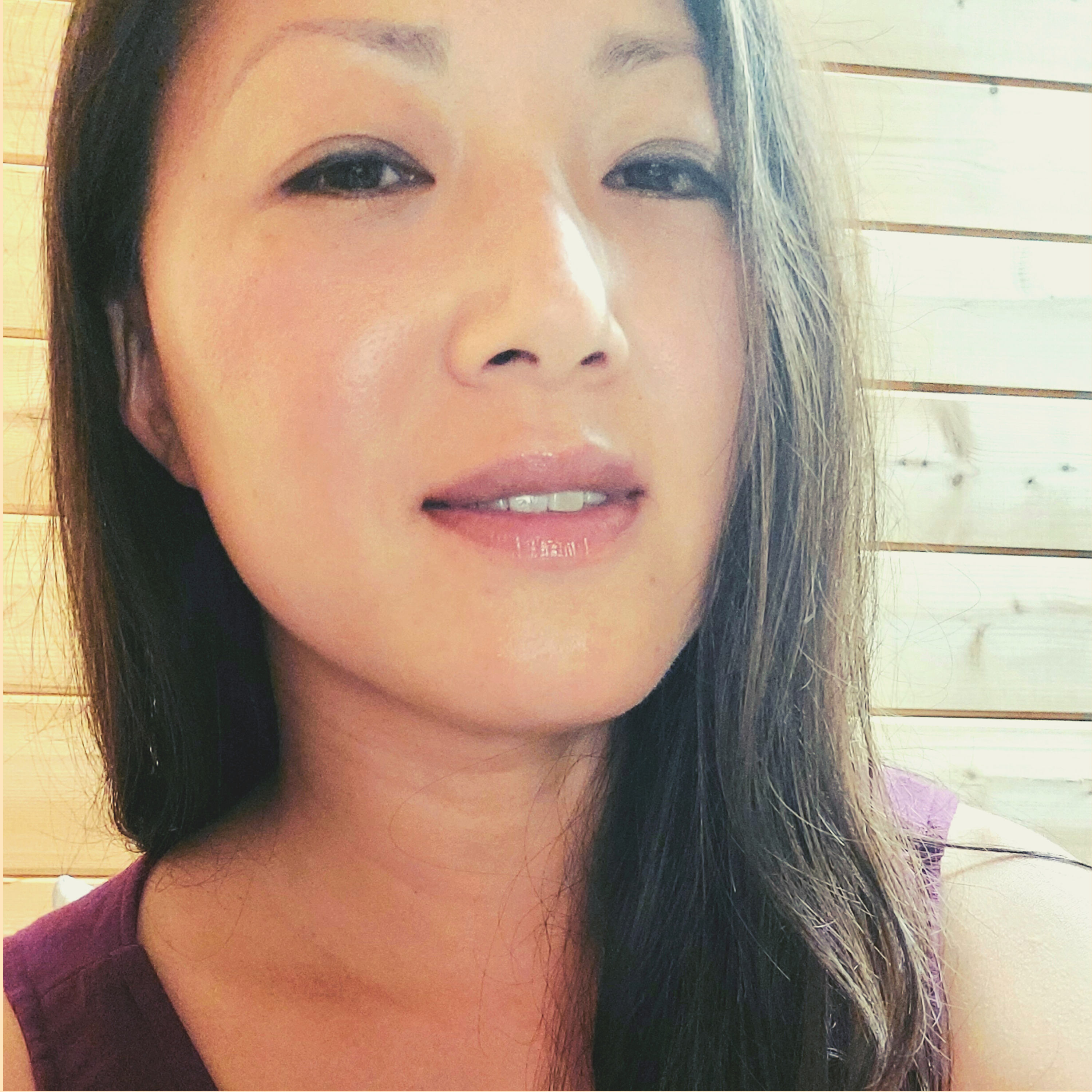 Janice Ho is a Korean-Canadian originally from Toronto, Canada. She currently lives on a farm outside the city and works as a freelance copy editor and marketing/commmunications consultant. Janice is a singer-songwriter, avid backcountry camper, and solo world traveler. She is passionate about sharing her personal experiences with healing trauma, navigating alcohol dependency, and connecting more with her authentic self to help others feel less alone in their own journeys. 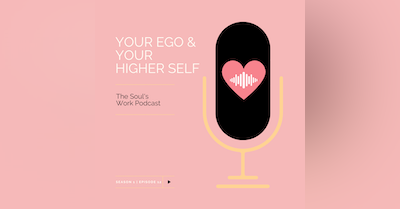 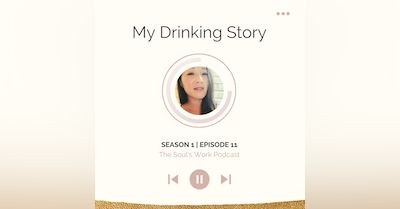